The event industry recently celebrated as the best of the best were recognized at the Australian Event Awards, with our friends from Elementice taking the award for Best Technical Achievement or Innovation for their instant photography delivery technology which we used on the night to deliver the awards via RealTime.

As guests arrived at Optus stadium they were greeted by Nathan, our lovely local Perth photographer, to have their photo taken at the media wall. The photos were instantly delivered by scanning the QR code cards we provided to each guest.

The awards took place in the Ballroom of Optus Stadium which overlooks the beautiful Swan River and Matagarup Bridge, which was erected in 2014 and structurally resembles two flying swans.

MC Lisa Woodbrook took to the stage with an opening song and the entertainment continued through the night courtesy of local performers Chelsea Gibson, O Entertainment and DJ G Martin to mention a few.

The entire night was captured by EventPix and delivered via RealTime to the guests and via the Australasian Special Events social media feeds – which incidentally delivered these fantastic results:

We are so grateful to have the opportunity to work with this technology and the team at Elementice. It’s been an absolute game-changer.

This is what Event Awards producer, Ian Steigrad, had to say about RealTime:

“It was almost poetic to see the first award of the night go to Elementice for their instant photo delivery technology. By the time the awards began, most of the guests had experienced the technology with great shots taken by EventPix beamed live to their phones immediately after they were taken. The room was already abuzz with people comparing photos which just grew as the night went on.”

Check out the photos from the night via https://www.eventpix.com.au/eventawards/ 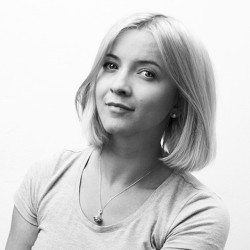