I love the idea of a street party to kick off a festival. Adelaide Fringe Festival have been doing it for years and the Sydney Festival First Night has developed into a fantastic event.

My exploration of the event kicked off around 4 PM when I checked out the setup of the Troc Stage in Elizabeth St.  By the way this stage was in and out again within 24 hours, and it was a big setup!

The Elizabeth St stage at 4 pm

Then up to Macquarie St which was blocked off to accommodate a bunch of caravans arranged in little stage setups.

The fun though at this time was in Hyde Park and the Tangled Garden – very silly and lots of fun for the kids (and fun to watch them having fun).

The Tangled Garden in Hyde Park

Meanwhile a crowd was gathering to listen to Norman Jay play records.  Not for me, I headed back to the live music in Elizabeth St.

Then The Jolly Boys – these guys have got to be in their 80s and they rocked, funked and crooned.

The highlight of the night was The Trocadero Dance Palace show featuring the 17 piece Sirens Big Band plus 3 girl singers and Dan Barnett on vocals and trombone.  Plus eight fantastic dancers who gave us a great performance of sexed up swing, lindy hop and a touch of Bob Fosse.  Not much room to dance but some around me managed to.

More pix from this event 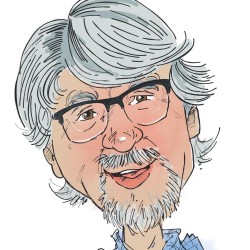 Latest posts by Trevor (see all)